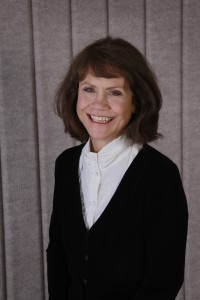 Susie’s love of storytelling and dramatizations started in childhood and has never ended. She has been called on for years to share exciting stories around the fire at church youth camps and at Vacation Bible School.  In those settings, the story is divided into daily segments, leaving audiences with eager anticipation of the next installment.

Susie’s dramatizations were limited to youth and children’s ministries until 2007 when various adult groups began asking her if she could share the same stories with them. Word spread, engagements increased, and so the ministry of Faith Heroines Alive was begun. The ministry has two purposes: first to encourage and inspire listeners with the stories of brave women of faith and make sure they are not forgotten, and second to call awareness and give support to brave men and women in the mission field today. Those who are sharing their faith in Jesus and their knowledge of his redemptive power are often working against all odds in a dangerous world and they need the love, the prayers, and the financial support of believers.

Susie is active in an evangelical Bible-believing church.  She also co-leads a Moms-in-Prayer group in praying for college and career age children. When her four children were young, Susie was blessed to be able to stay home with them, and now that the nest is empty, she enjoys a career of teaching French to homeschooled students. In the summer months, Susie participates in Jesus Film short-term mission trips in Europe, handing out Jesus Films and Bibles to the Muslim population of Europe as they line up at the ferry docks to cross the Mediterranean Sea for summer vacation.

The Statement of Faith does not exhaust the extent of our beliefs.  The Bible itself, as the inspired and infallible Word of God speaks with authority concerning truth, morality, and the proper conduct of mankind and is the source of what we believe.

Susie continues to bring faith heroines to life during the era of Covid. She will follow all the guidelines you ask for in wearing of masks or social distancing. For information on attending any of the upcoming performances, or to book a performance, please contact Susie using her